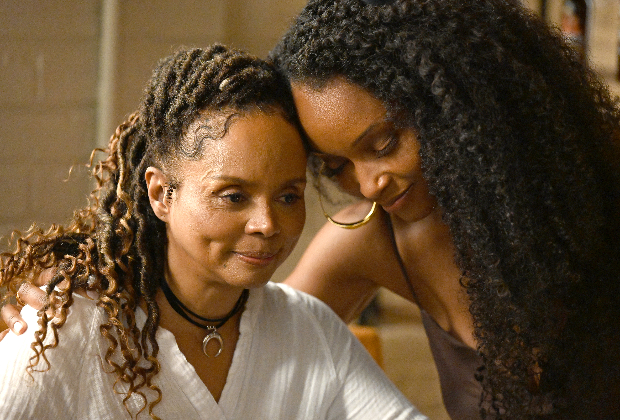 Our Kind of People‘s finale ended with a cliffhanger, but fans won’t get to find out if Leah lives or dies — Fox has pulled the plug on the sexy and soapy drama.

Created by former mixed-ish showrunner Karin Gist and executive-produced by Empire’s Lee Daniels, Our Kind of People spotlighted the Black, rich and fabulous who call the Oak Bluffs on Martha’s Vineyard home. Chicago Med alum Yaya DaCosta starred as Angela, an ambitious but kind social climber and single mother who came to the Bluffs to find out the identity of her biological father and launch her hair care line.

In the finale, Angela and her half-sister Leah (Nadine Ellis) were planning to work together at Angela’s company until a mystery shooter pulled the trigger to kill their father Teddy Franklin (Joe Morton) and struck Leah instead. Our Kind of People also starred Morris Chestnut (The Resident) as Leah’s husband Raymond Dupont and the incomparable Debbi Morgan as Angela’s Aunt Piggy.

Through its 10th episode (out of 12), Our Kind of People averaged 2.1 million total weekly viewers and a 0.5 demo rating — with Live+7 DVR playback factored in. As such, it ranked fifth out of the six dramas Fox aired this TV season, beating only fellow freshman The Big Leap, which was cancelled in March.

Our Kind of People demonstrated just 42 percent audience retention out of The Resident and hit an audience low as recently as Jan. 18 (though it did tick up with its Jan. 25 finale).

TVLine’s Renewal Scorecard has been updated to reflect the news. Are you disappointed that Fox cancelled Our Kind of People, or are you glad to see it go? Drop your thoughts in the comments.